With Future Shock suspension front and rear, the new Diverge STR delivers compliance without compromise. By suspending the rider—instead of the bike—Future Shock technology increases control and efficiency while decreasing fatigue, so you’ll be riding farther and faster over chunkier terrain than you believed possible. And the Diverge STR does this without the weight, sluggish pedal response, and inefficiency of other suspension systems. The S-Works Diverge STR starts with our FACT 11r carbon frameset with front and rear Future Shock suspension. It’s built with SRAM’s Red eTap AXS Eagle groupset for fast, efficient shifting with a 10-50 cassette to ensure you have the gearing to tackle any ride and a Quarq power meter helps you to dose your effort to perfection. The bike rolls on the new, lighter Roval Terra CLX II wheels with 42mm Tracer Pro tires. Terra carbon bars, an S-Works carbon seatpost, and S-Works Power with Mirror saddle complete the package making the Diverge STR the most capable Diverge ever. 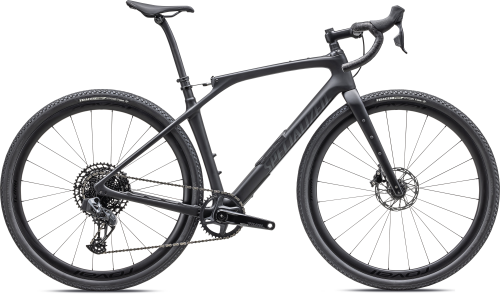 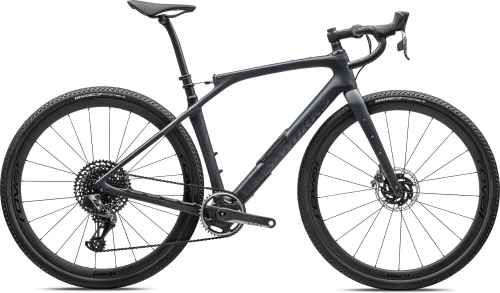